LIE diplomacy of the US, West and its regional allies are creating corporate, social, economic and diplomatic tension in Asia Pacific, South East, Afghanistan and Central Asia too.

Release of Huawei CFO Meng Wanzhou is a good omen and diplomatic victory of China but things are not yet completely settled and the US & West “defeated egos” are still on “volcanoes”. Ongoing visit of Deputy Secretary of State Wendy Ruth Sherman to various regional countries has already created doubts among the different capitals around the globe.

Seemingly, Grand Diplomatic Strategy (GDS) is a follow-up of the US to provoke China after the most recently-held conference of QUAD, formation of AUKUS, increasing provocations of Taiwan, and last but not the least US constant interference in the domestic affairs of China. But the end goal remains the same i.e. containment of China.

Despite China’s calm & cool diplomacy in the region, Taiwan is on the “rollercoaster” to join forces of disintegration. As per One Mainland Policy (OMP) China has legitimate rights over Taiwan and Pakistan also supports its claims.

But the US and the West have been on the path of ancient war strategy that “enemy’s enemy is our friend” and constantly “instigated” Taiwan to defiance the legitimate “ring of rights” of China.

In this connection, China has again blamed the United States for increased tension over Taiwan, as the island fingered Beijing as the “chief culprit”. China responded strongly and immediately showed its military muscles to all the regional countries and global players, not to play with fire. Chinese aerial superiority was demonstrated in the vicinity of Pratas Islands.

On the ill advice of the US, Taiwan has installed missile systems to monitor Chinese war fighter jets. The US urged China to stop its so-called “provocative” military activities near Taiwan, while the island’s government has also condemned Beijing.

But Beijing’s stance contradicts them. Thus through various fiery schemes of arrangements among axis of evil, the US and the West are desperately in search of new soil for proxies.

In this regard, US-extended military cooperation with Taiwan is actually the extension of its permanent policy of destabilizing the South China Sea. China’s Foreign Ministry strongly responded to the US statement terming it provocative and harmful to regional peace, with its arms sales to Taiwan and warships sailing regularly through the Taiwan Strait. In this context, China resolutely opposes this and takes necessary countermeasures,” it added.

China strongly stressed that “engaging in Taiwan independence is a dead end. China will take all steps needed and firmly smash any Taiwan independence plots. Moreover, “China’s determination and will to defend national sovereignty and territorial integrity is unwavering.”

The US should stop supporting and “inflating” Taiwan separatist forces, it added. On its part, Taiwanese government has been reaching out to its regional supporters and global friends to jointly contain Beijing’s provocations”. Taiwan has termed China’s activities as “grey zone” warfare, designed to wear down Taiwanese forces and test their abilities.

The US Department of Defence, manipulating the emerging situation, has again followed the path of lie diplomacy and said China’s increasing military activities near Taiwan were “destabilising and increasing the risk of miscalculation”. Ironically, US once again extended its support to Taiwan and termed it rock-solid and contribution to the maintenance of peace and stability across the Taiwan Strait and within the region.

Asia Pacific Region (APR) has now become a “flashpoint” in the regional as well as international media. Heavy naval/military presence of the US, Britain and many other EU member countries has created some kind of political tsunami in the APR. To further strengthen its naval presence in the region, the carrier the USS Ronald Reagan entered the South China Sea last month.

Japan’s Defence Ministry welcomed its arrival and said that ship, along with another carrier the USS Carl Vinson, had carried out multinational joint exercises in waters southwest of Okinawa, though it gave no exact location. Along with US and Japanese ships, vessels from Britain, the Netherlands, Canada and New Zealand took part in those exercises which created diplomatic fuss in the region.

Being the US strategic partner, India has once again started a blame game in Barahoti, Uttarakhand. Most recently Indian forces have tried to start another “friction point” and reportedly crossed the Line of Actual Control (LAC).

It seems to be phase-II of the Indian bloody face-off at Galwan Valley. Thus Indian “hegemonic spirals” are again purposefully reactivated to appease the US and tease China. But China showed complete restraint. On the other hand, formation of Australia, UK and US military alliance (AUKUS) is another offshore deliberate attempt to contain China.

The US and its regional allies are trying to besiege China from its backyard and further strengthen their naval presence in the South China Sea Region. Indonesia, Malaysia and many other countries termed AUKUS a destabilizing move which would start a new arms race in the region during which unfortunately people’s prosperity would be at stake.

The Chinese Foreign Ministry strongly condemned it and warned all of them not to indulge in any kind of military misadventure. According to many prominent regional economists and strategists, AUKUS would even start nuclear weapon race in the region during which regional economies would be compromised.

Vultures are flying high in Afghanistan to replicate the vicious circle of “divide and rule”. With the passage of time without having an inclusive government cracks have already appeared among different factions of Taliban.

Even most of the regional countries including Tajikistan, Russia, Iran, Qatar, Saudi Arabia and the UAE are not happy with the repeated sillies of the Taliban interim government. On its part, Pakistan is striving hard to convince the Taliban for the formation of an inclusive government but has not yet succeeded.

Ongoing talks with TTP should be started after close liaison with China and should not be revealed until its logical conclusion.

China is now tackling many regional spoilers to move forward in the South China Sea, burning issue of Taiwan, face-off with India and track-II diplomacy with Taliban. Being a prominent regional expert of China, this scribe suggests that close security cooperation between Pakistan and China is the need of the hour.

Both share similar views on terrorism, radicalization, CPEC, BRI, Afghanistan, Central Asia, South East Asia and last but not the least, regional peace and stability which should not be sacrificed on personal whims and wishes to again gain so-called strategic depth in Afghanistan. 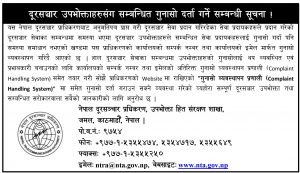 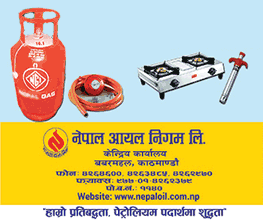